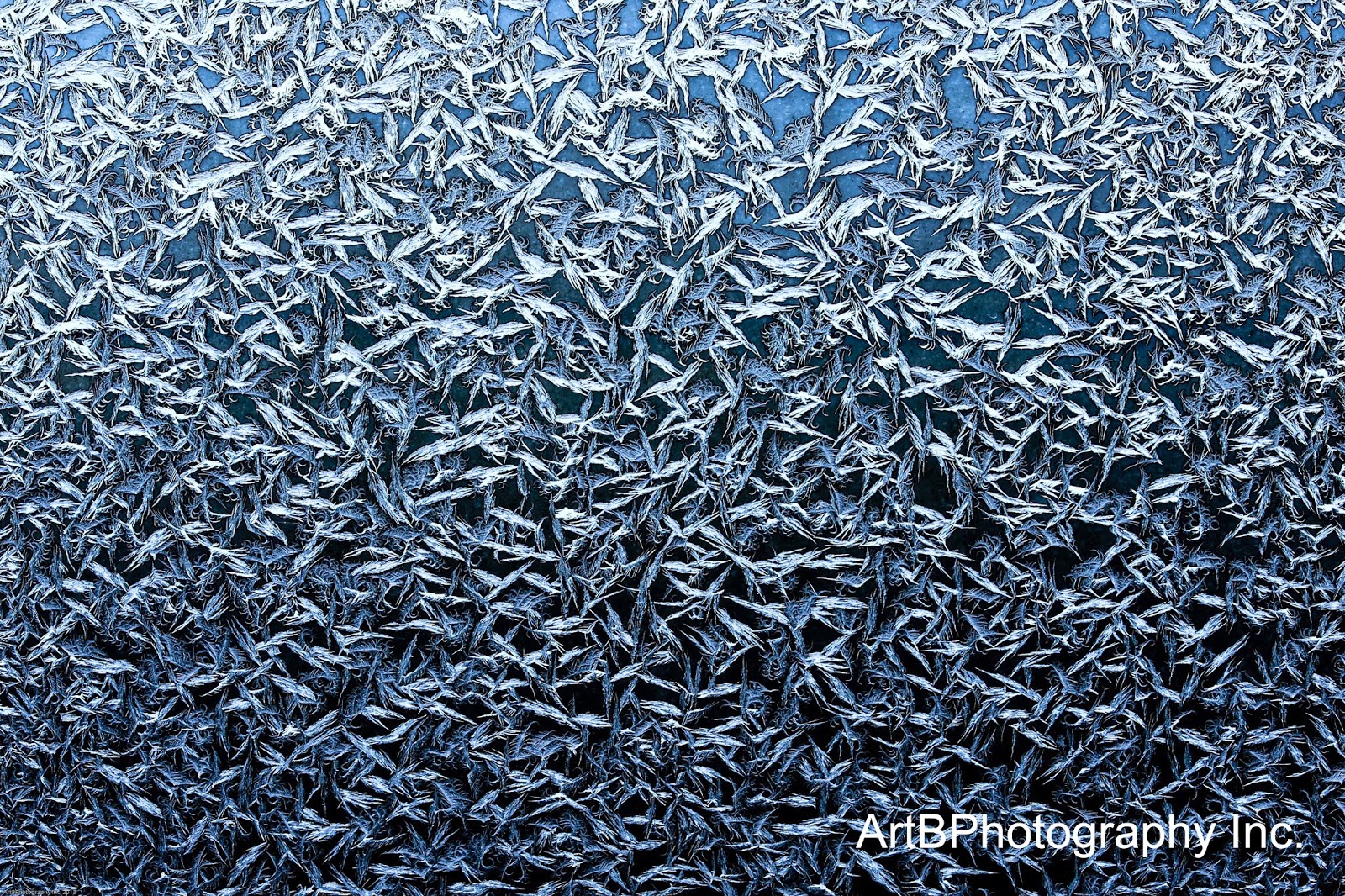 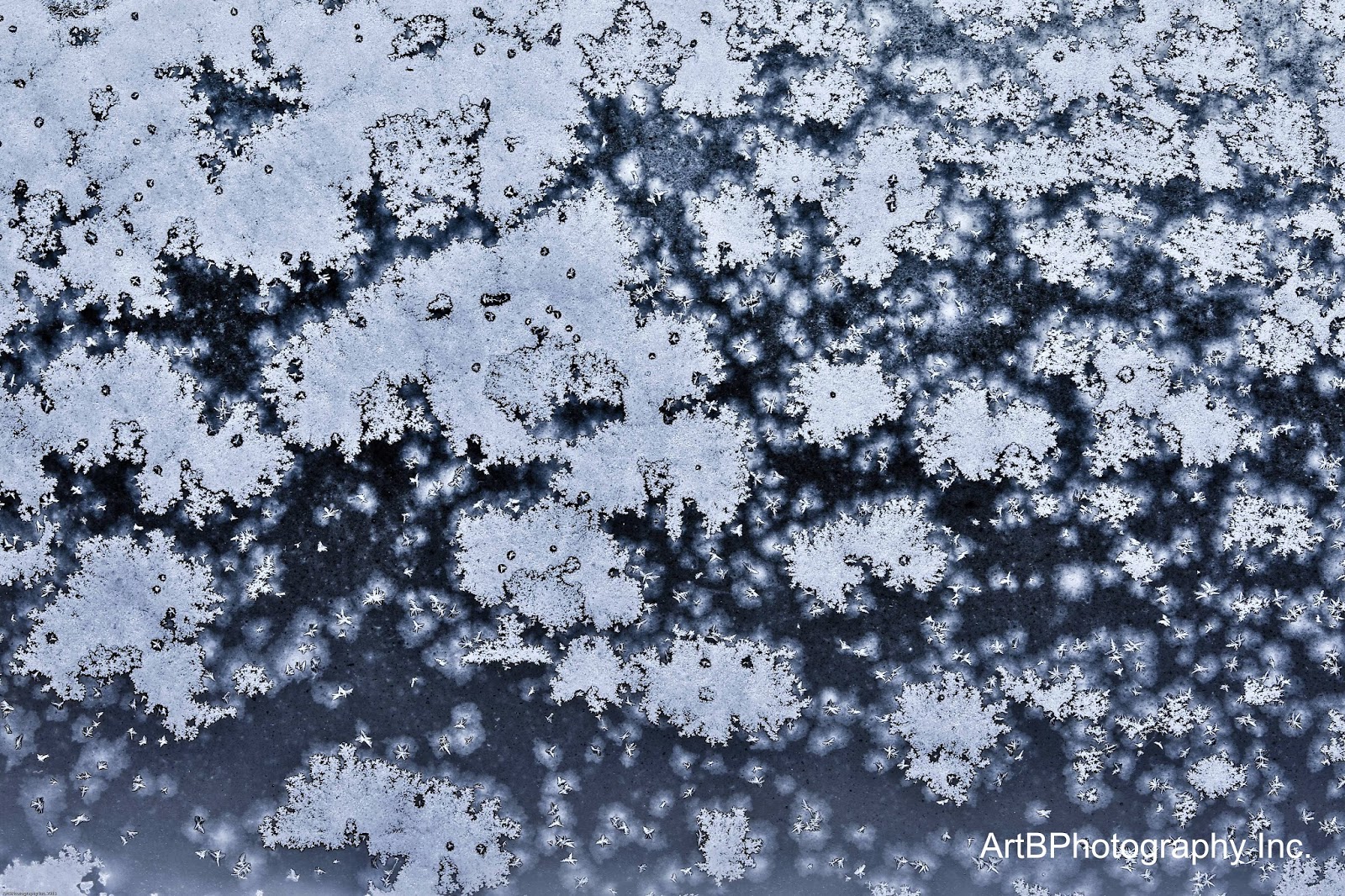 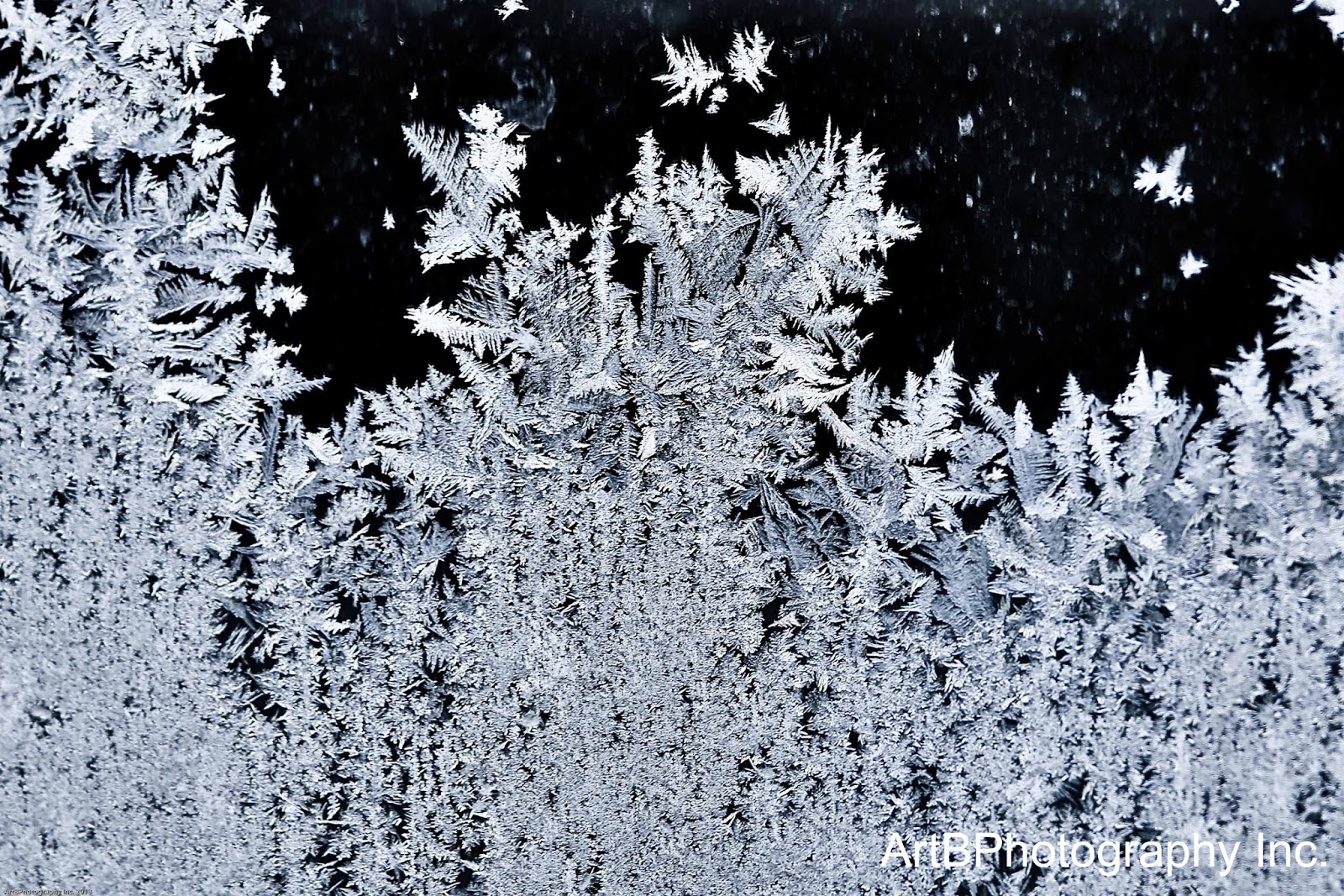 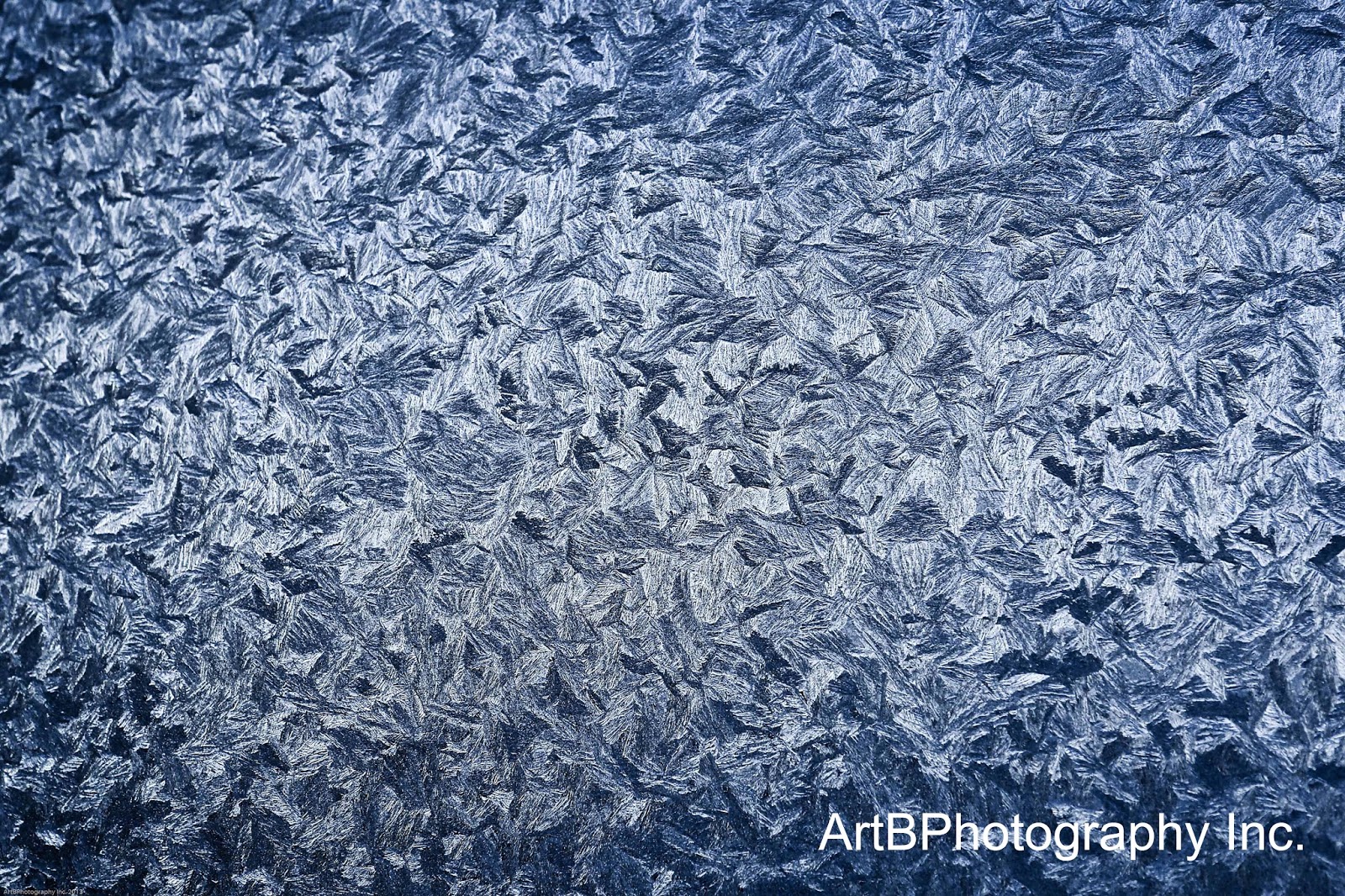 "Window frost (also called fern frost or ice flowers) forms when a glass pane is exposed to very cold air on the outside and moderately moist air on the inside. If the pane is not a good insulator (such as a single pane window), water vapor condenses on the glass forming patterns. With very low temperatures outside, frost can appear on the bottom of the window even with double pane energy efficient windows. (Due to air convection between two panes of glass, the bottom part of the glazing unit is always colder than the top part.) The glass surface influences the shape of crystals, so imperfections, scratches, or dust can modify the way ice nucleates. If the indoor air is very humid, rather than moderately so, water will first condense in small droplets and then freeze into clear ice."  http://en.wikipedia.org/wiki/Frost


Posted by ArtBPhotography Inc. at 8:25 AM