Alaska
I have had a bucket list thirst in great need of quenching, lately.  My vacations and spare time recently have been focused on getting me outdoors in search of wildlife and beautiful landscapes.  One such vacation is my recent trip to Alaska.

This is a trip my husband and I have talked about almost since we met.  The agenda included a flight to Fairbanks, two days in Denali National Park, a scenic train ride to Anchorage and Seward where we cruised south for 7 days.
Denali National Park
At 6:45 we boarded a  green shuttle bus in Denali for a 12 hour park bus tour to Wonder Lake.  The bus tour is a single road that took us deep into the park.  For the first 13 miles the road is paved and wide, the next 70 are unpaved with only enough room for a single vehicle.  The drivers have cut-aways on the side to allow one bus to stop and the other to pass. 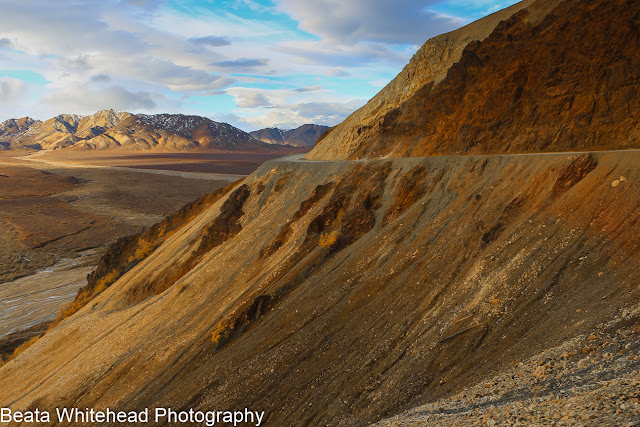 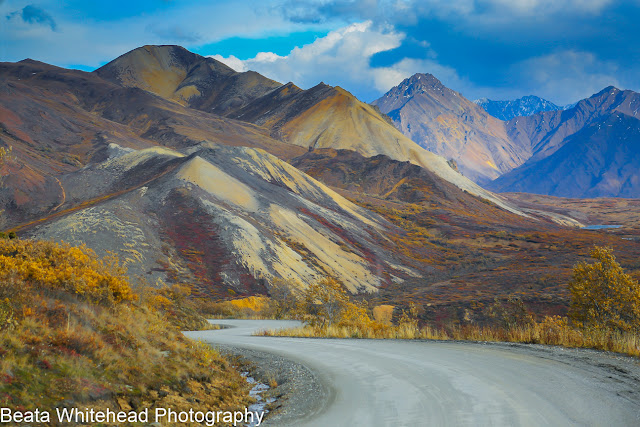 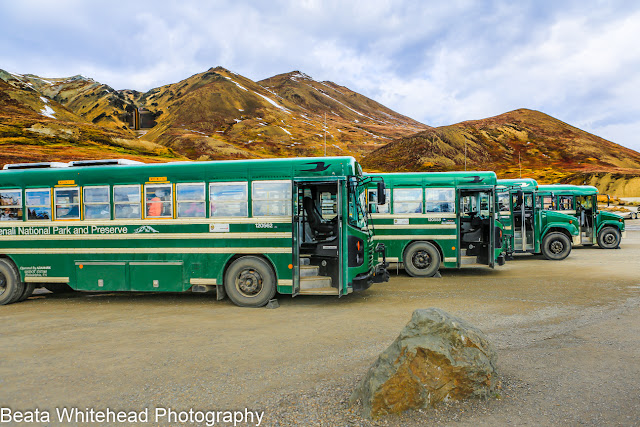 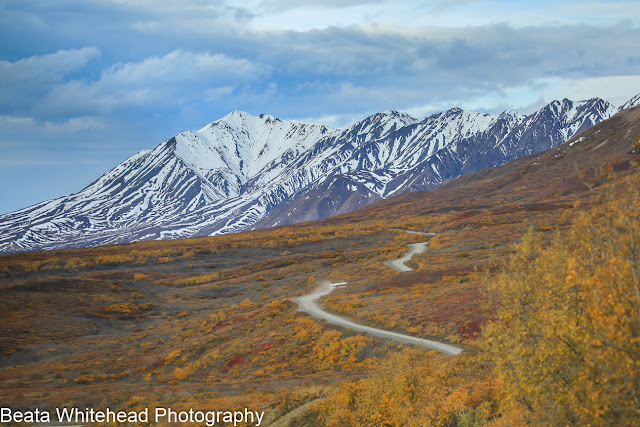 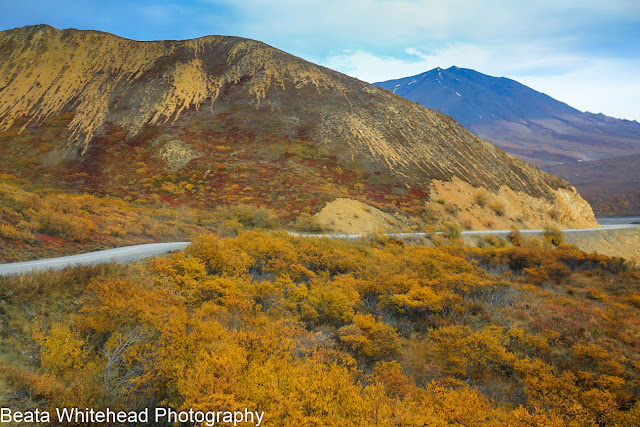 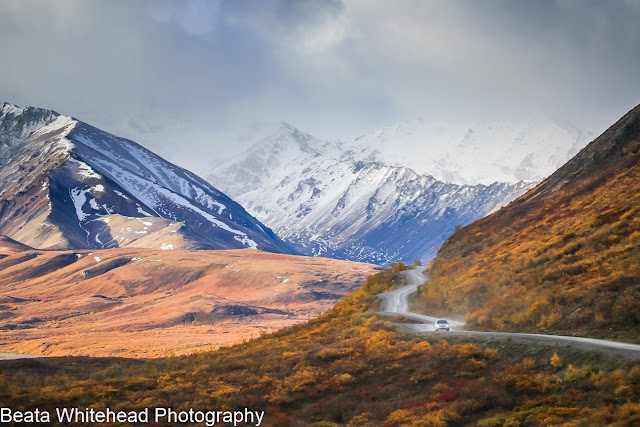 The landscapes were breathtaking.  Autumn starts early in Northern Alaska.  We arrived September 9th and the foliage was in peak colors in Denali.  Yellows, reds, mixed with evergreens, snow and natural colored rocks made every view a feast for our eyes.   We were surrounded by mountains on all sides and of course, the biggest mountain in North America is Denali-previously known as Mount McKinley.  It rises over 20,000 feet. We were told that few travelers get to see Denali in full view; it is almost always shrouded in clouds.  We were fortunate that we saw it on both days in all its glory. 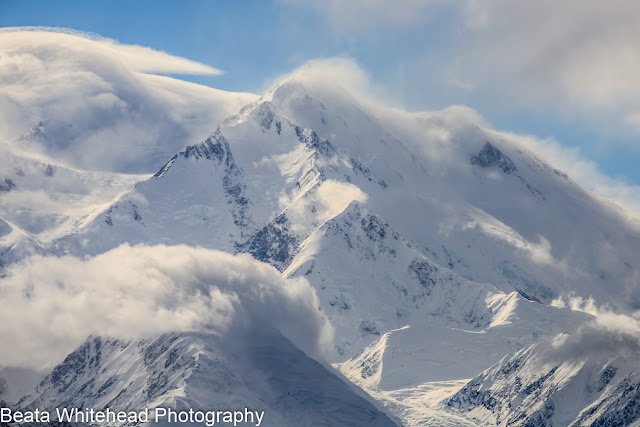 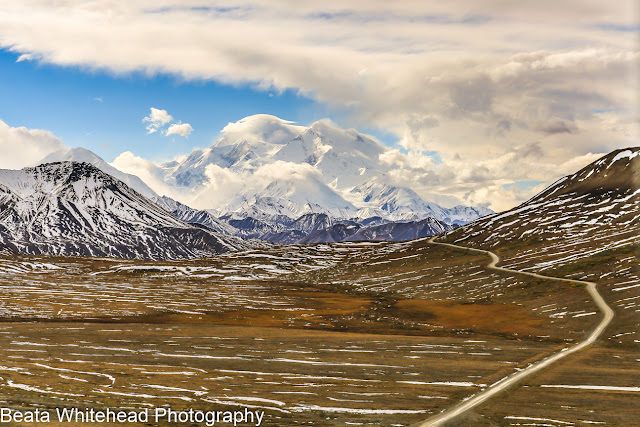 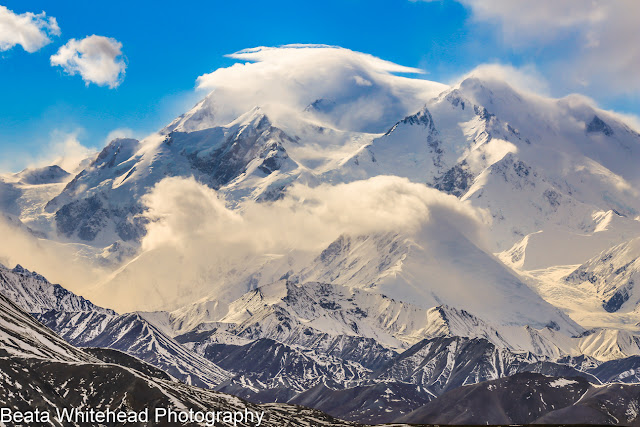 The wildlife started to show itself before we left the paved road.  We saw brown bears, caribou, dahl sheep, and moose .  We did not see any bald eagles in Denali. The bald eagles which often feed on salmon, are rarely seen on the north side of Denali Park. 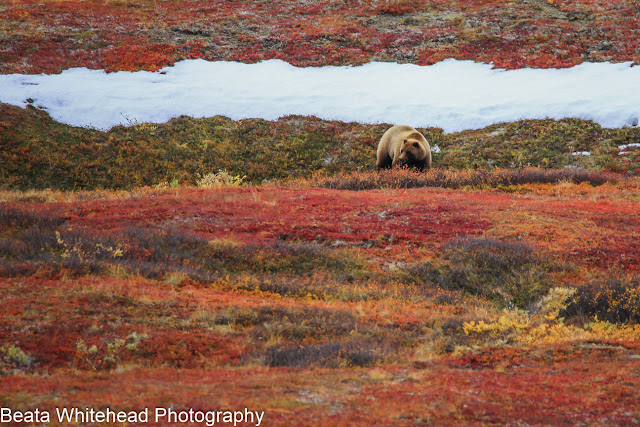 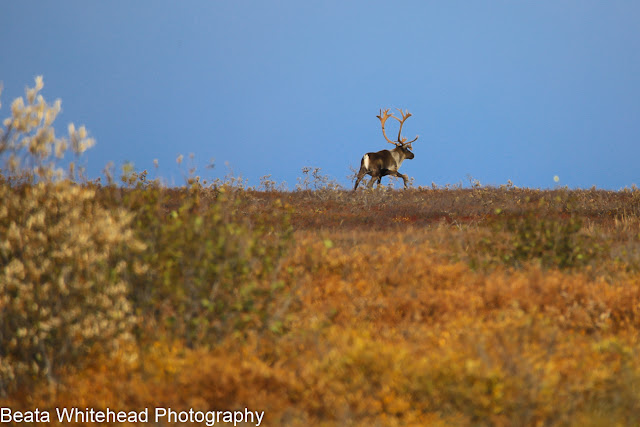 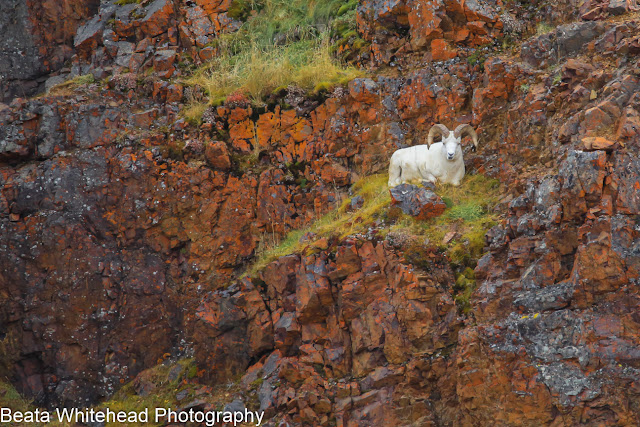 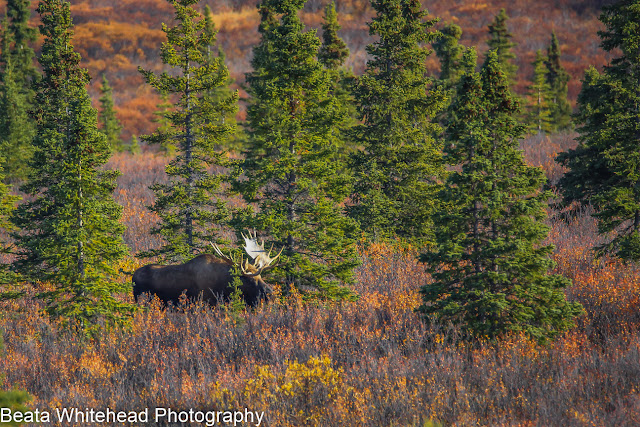 The moose were everywhere.  It happened to be rutting season and we saw road signs warning about the dangers of approaching too close.  It was not uncommon to see a mother and her yearling or several females together.  When we were able to investigate closer we often found a bull nearby.

The moose breed in September and early October.  During the rut the bulls can be aggressive and dangerous. They grow enormous antlers in Spring and shed them after breeding season in early Winter.  They use these heavy antlers for sparring in hopes of winning the females.  There are approximately 1800 moose on the north side of the Denali National Park and Preserve. 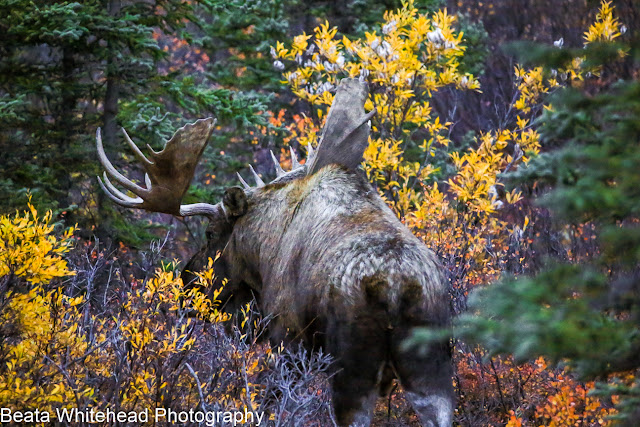 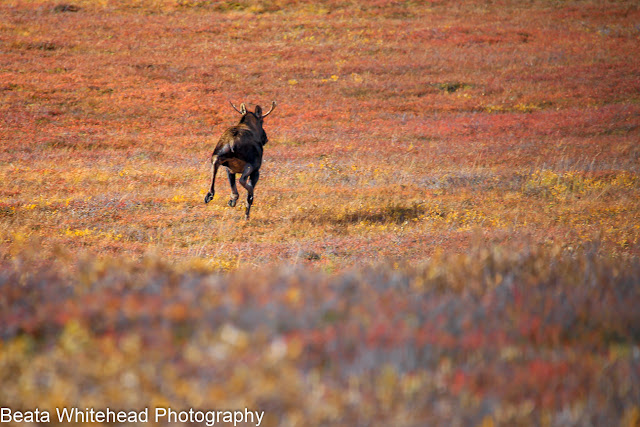 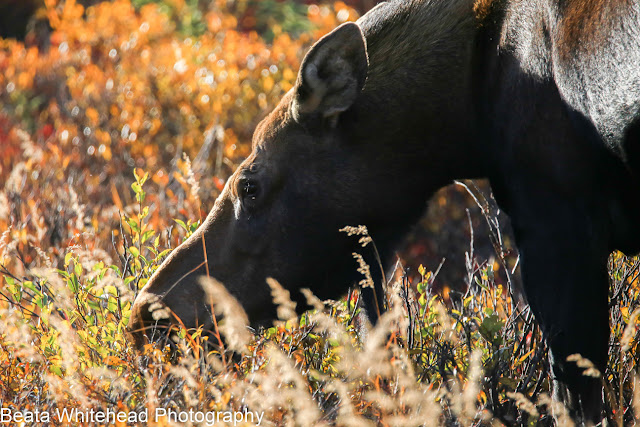 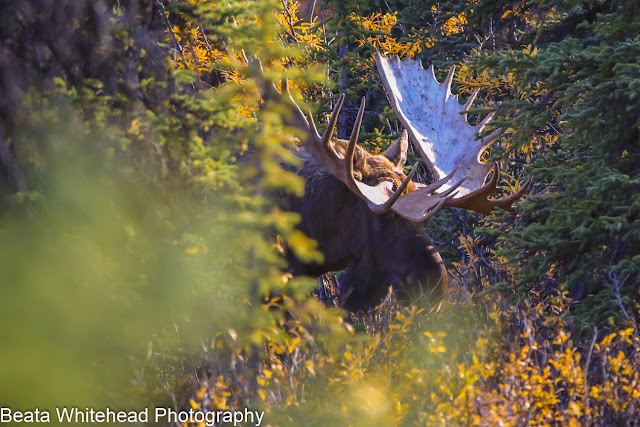 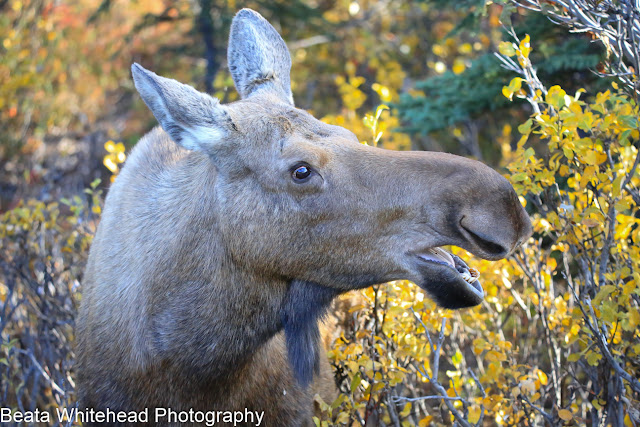 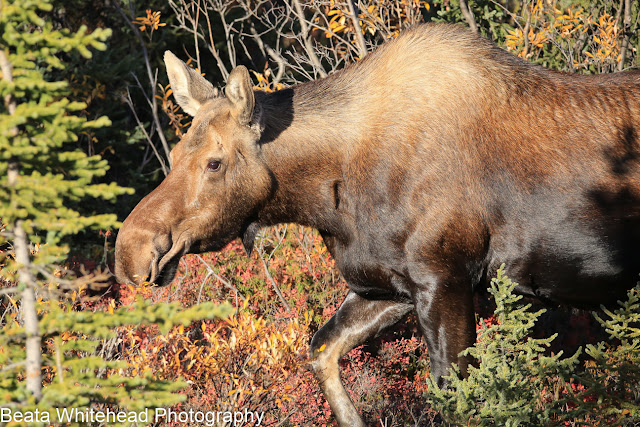 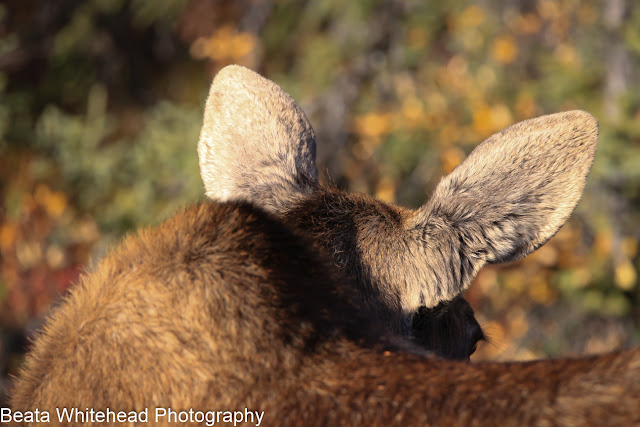 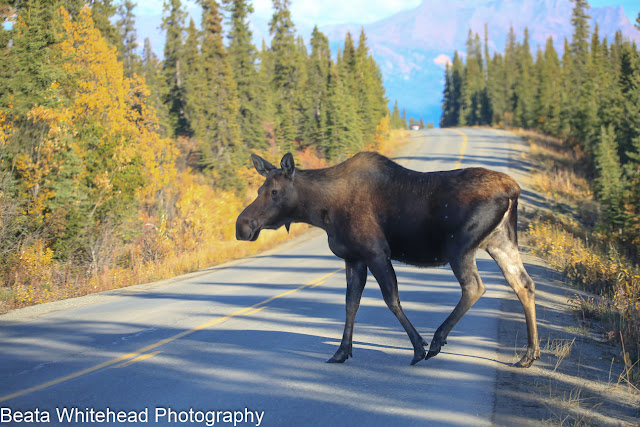 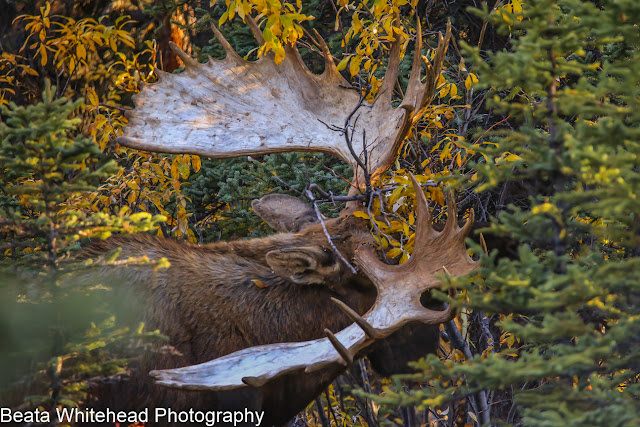 Posted by ArtBPhotography Inc. at 6:13 AM